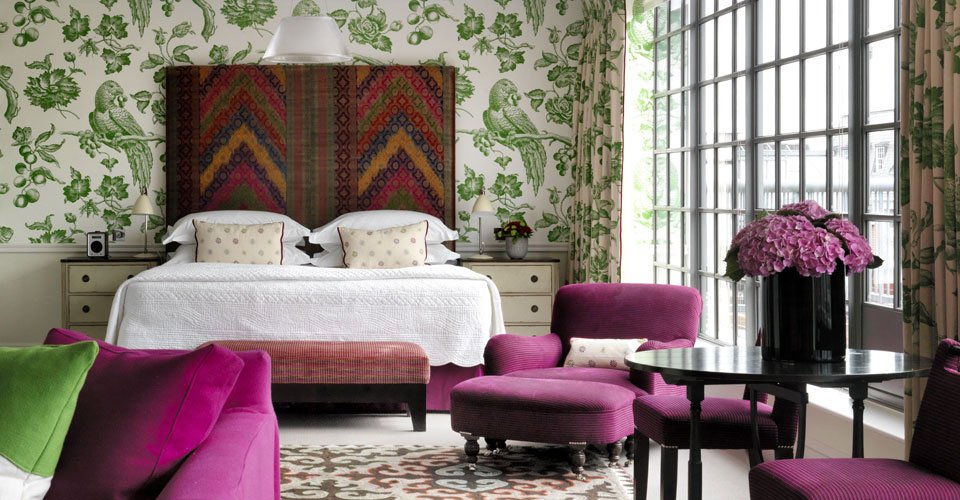 Did you know: A ten foot tall Botero of a cat stands guard in the lobby

If there’s a buzzier, gayer place on earth than London’s glittering Soho I’ll eat my bonnet. More gays per square inch than any place on earth – though Mykonos might have something to say about that – and with an atmosphere that fizzes even on the quieter days, Soho has had a bit of a renaissance these last few years. Always London’s bohemian quarter, it became the natural home of then-illegal homosexuality way back when, and with growing tolerance came the shiny gay bars that weren’t backwards at coming out. For edgy, there’s Shoreditch; for high-octane, all-night gayfoolery, there’s Vauxhall – for everything else, there’s Soho. Soho Hotel review

Sunday, 16.20
I’ll let you into a little secret. I work in Soho, and have done for a good ten years, and I have been coming to The Soho Hotel for cocktails and meetings with PRs (yes, for more cocktails) since it opened in the early 2000s; I’ve even interviewed Kim Kardashian in one of the suites (that’s a whole other story). So The Soho Hotel is already a big part of my social life, but Monsieur 2 and I have never stayed here; I’m so excited I think I’ve developed asthma. 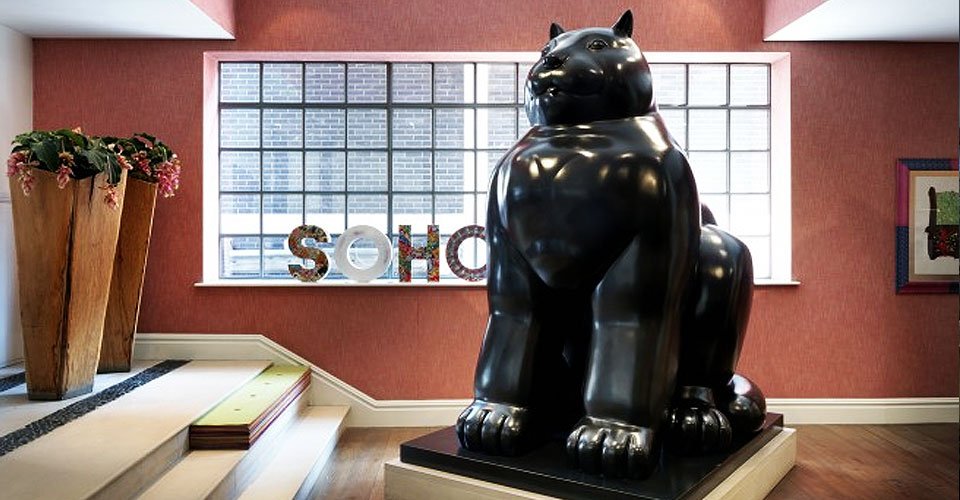 It’s a lobby I know very well – sexy, glamorous, eccentric in a very English way with a huge cat plonked by the desk (they had to build the hotel around him, I’m told) with cute-but-not-too-cute detailings all over the place, all the work of Kit Kemp, part-owner of Firmdale Hotels and renowned interior designer (her work also defines their other properties, including Covent Garden Hotel and Crosby Street Hotel in New York). And the welcome staff couldn’t be nicer.

Flirting with staff. I think he was called Alexander – and Alexander is the right side of helpful, interested and interesting, and charming. He tells us we’ve been given an upgrade, one of the loveliest sentences in the English language.

Wow. This suite is bigger than my flat and I know I’m going to have to come up with a whole bunch of synonyms for ‘gorgeous’. 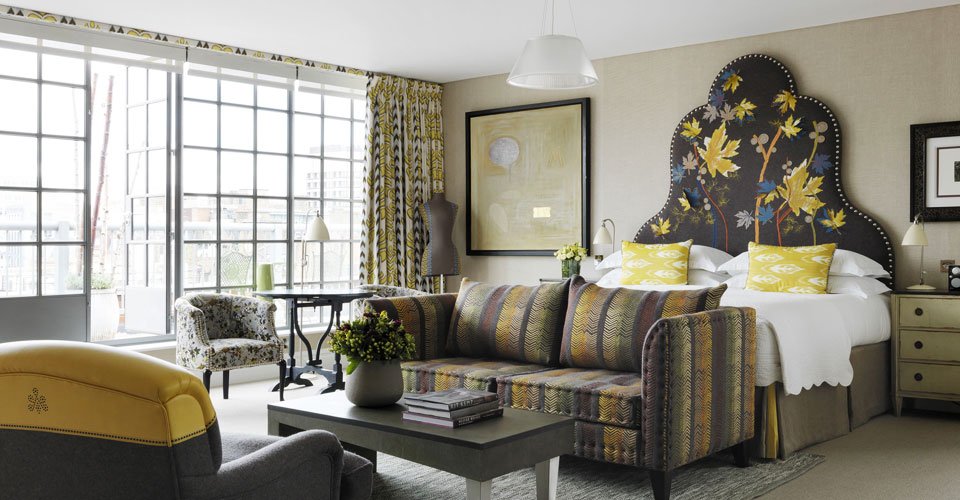 There’s a welcome note-with-a-bottle, the windows are floor to ceiling meaning the light is phenomenal – even on a late-winter’s greige day – and the bed big enough to swim in. And don’t even get me started on the bathroom. Jared Leto’s been in that bath! For real!

You know when you just can’t bear to leave a bed because it’s so lovely? Let’s just say Monsieur 2 needed a lot of persuading – but vodka cocktails can do that to a boy. 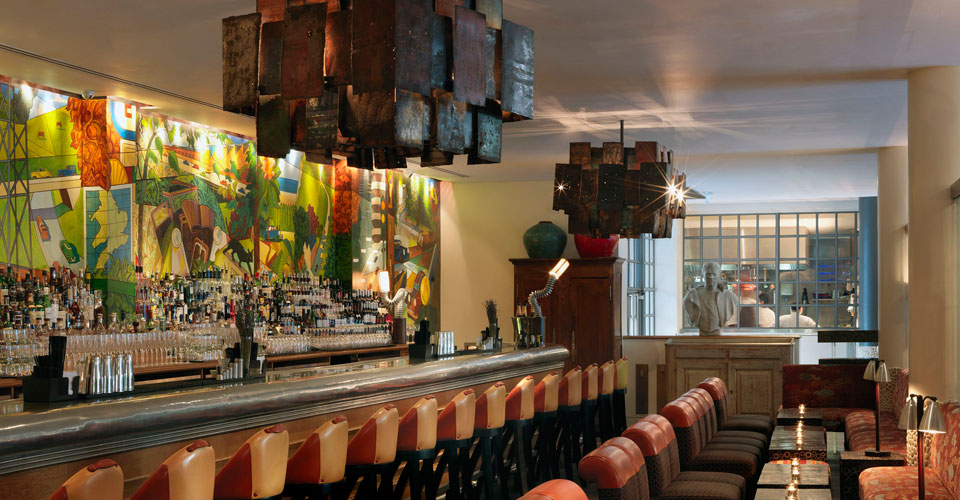 So here we are down in the bar, Refuel, which is long and narrow and sultry and, tonight, not too busy so we have the pick of the best seats. And we both opt for espresso martinis which aren’t cheap, but are worth every penny. We’re buzzing all the way to dinner.

Dinner. Controversially, we decide to save Refuel Restaurant for breakfast and instead pop over the road to Pizza Pilgrims. If you’re a keen follower of foodie fashion you’ll have heard of the Pizza Pilgrims – two precociously talented brothers, Tom and James, who set up a pizza stall on nearby Berwick Street Market that did so well they went and got themselves bricks and mortar opposite The Soho Hotel. These near-perfect pizzas soak up a little, but not too much, of our buzz and then it’s back to the hotel for a bottle of red and Sunday night TV.

Sunday night TV’s crap so we head out to the Duke of Wellington – or ‘The Wellie’ – for a couple of pints. Fun crowd, as per.

Back to the hotel, this time to stay. We take turns hogging the bath – all speckled white marble, products courtesy of Miller Harris and, crucially, a telly (if you tire of tellies in your bathroom you tire of life) – plus there are matching sinks, which is very thoughtful. 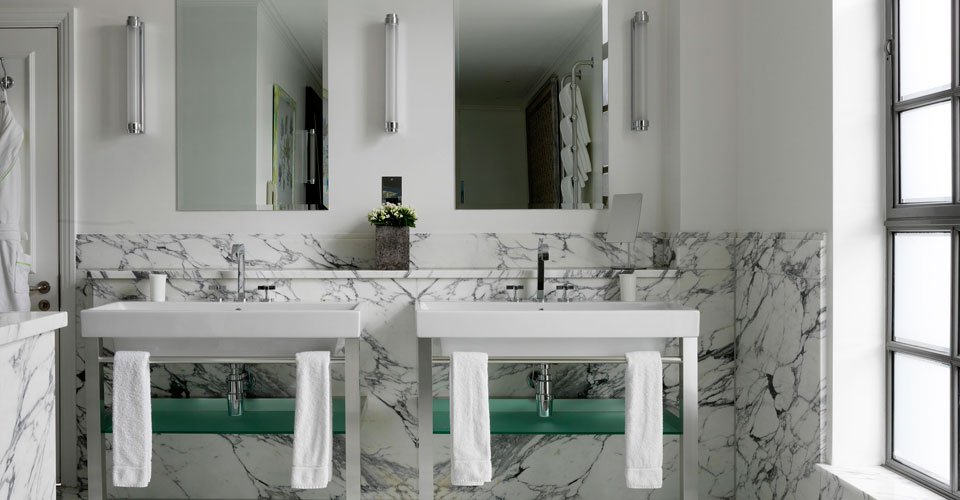 (Or thereabouts.) Zonk out, perchance to dream of those espresso martinis.

Way too early, right? But I’ve got tip-top media stuff to do around town today so an early start was always on the cards. But waking up here is a joy, especially with the wraparound balcony we have. Did I mention the wraparound balcony? Longer than your average mile, with views across Soho towards the London Eye. 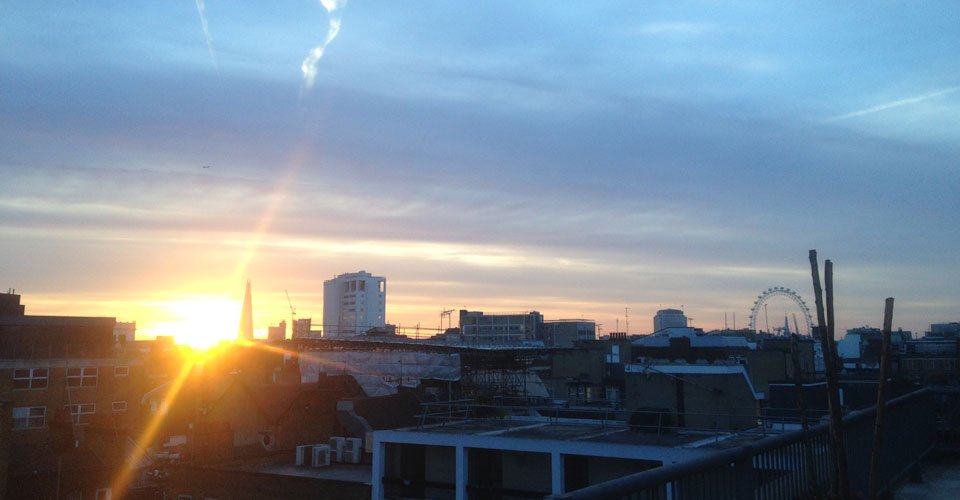 The shower deserves its own mention. It’s a rain shower – par for the course at luxury hotels – but this one is not only much bigger and rain-ier than most, it also has a chair in it. 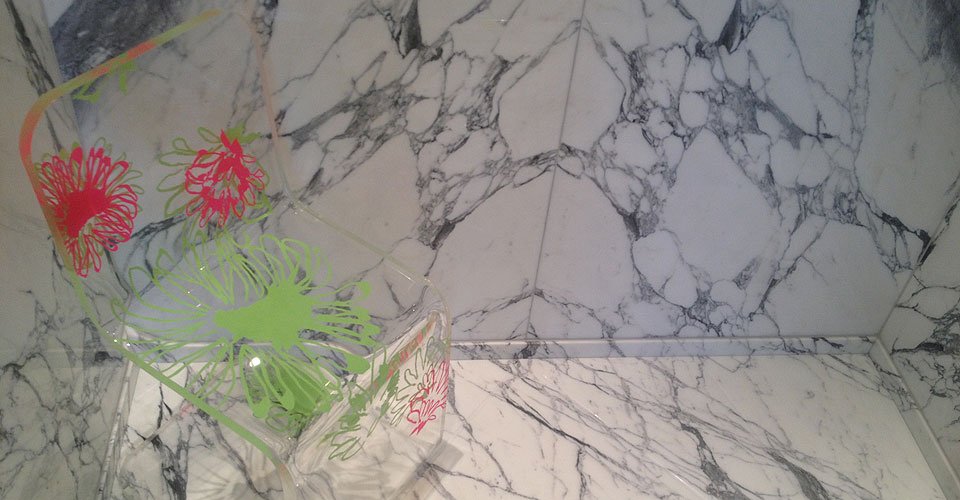 Breakfast in Refuel. Me and Monsieur 2 only treat ourselves to a good ol’ English fry-up on special occasions (neither of us signed up for chunky), and this is one of those. And boy is it a good’n. The bacon’s even the right kind of crispy, which is my breakfast OCD thing.

*exuents* Alexander from the night before isn’t there to flirt us away, but an equally delightful lady with an accent that could’ve be from anywhere checks us out with breezy efficiency (there’s little worse than a lingering check-out) and notices I’ve got a little cut on my finger (don’t ask). ‘Just a second,’ she says, before returning with a dainty plaster. It’s personal touches like that that make a very special place exceptional.

Don’t forget to mention les Deux Messieurs when you book, or ask us to book for you.

Not what you’re looking for. Discover other amazing UK cultural destinations and city breaks here

Stayed here? Tell us what you thought.

1) Sigh at the opulence of the State Rooms at Buckingham Palace
2) Join the Serpentine swimmers for an early morning dip
3) Dive into the vibrant Soho scene
4) Sip exquisite cocktails at Bob Bob Ricard’s
5) Soak up the culture: enjoy a night at the Royal Opera House, a trip to the theatre, an art at Royal Academy of Arts.

Controversially, we decide to save Refuel Restaurant for breakfast and instead pop over the road to Pizza Pilgrims. If you’re a keen follower of foodie fashion you’ll have heard of the Pizza Pilgrims – two precociously talented brothers, Tom and James, who set up a pizza stall on nearby Berwick Street Market that did so well they went and got themselves bricks and mortar opposite The Soho Hotel. These near-perfect pizzas soak up a little, but not too much, of our buzz and then it’s back to the hotel for a bottle of red and Sunday night TV.