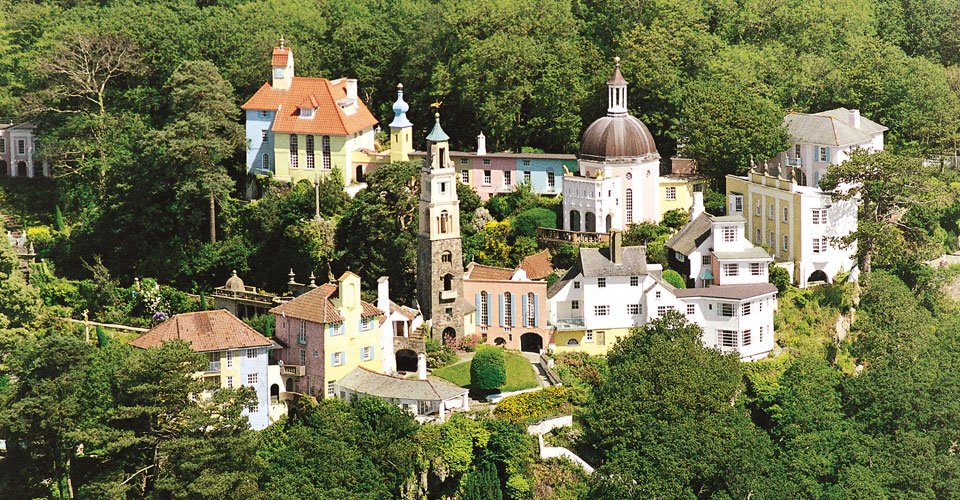 Did you know: The enigmatic 1960s television series The Prisoner was filmed on location here.

A playground of pastel turrets and quaint cottages gently interrupted by the most bizarre pagan imagery. Everywhere. It’s all so deliciously unexpected!

Monsieur 2 and I are about to embark on a six-hour car journey to North Wales; Portmeirion in fact, where a friend of ours is getting hitched.

There’s something rather magical about Wales. Its long, winding roads take you through some of the UK’s most spectacular scenery. Hikers may collectively flock there to trek across its greatest mountains, but it’s also a wonderful den of romantic backdrops, vast caverns and the most breath-taking views.

It might be late in the day, but the Welsh hospitality hasn’t ended. We were greeted warmly and shown to our room. It’s not the epitome of luxury, but it’s modern, comfortable and has a little kitchenette. 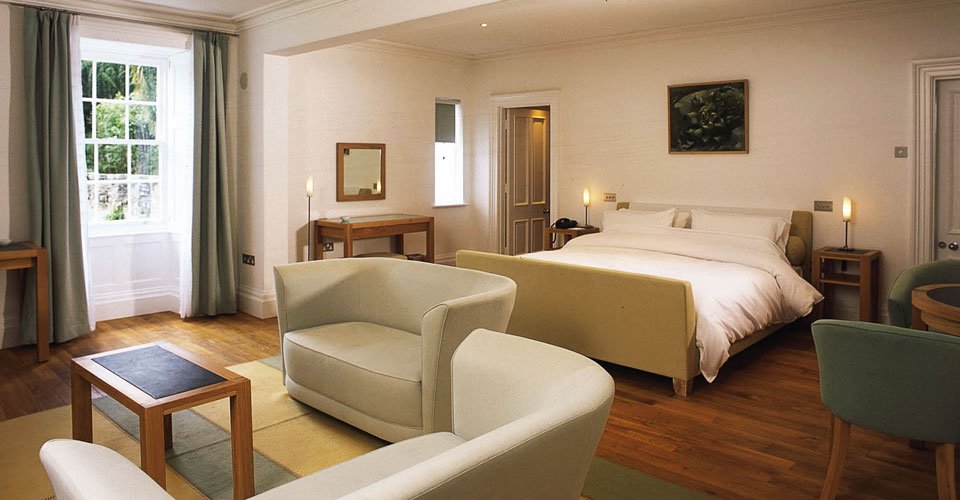 The best bit has to be the complimentary sherry (which, we discover later, is refreshed every day!). It’s no Tio Pepe, but its the kind of nightcap I need to calm my nerves after Monsieur 2’s Formula 1 driving. I blame Lewis Hamilton. Ever since he’s come onto the scene, Monsieur 2 has developed a strong affection with the accelerator. Which is alright for a racing track, but not the back lanes of rural Wales. I’ve confiscated the keys. 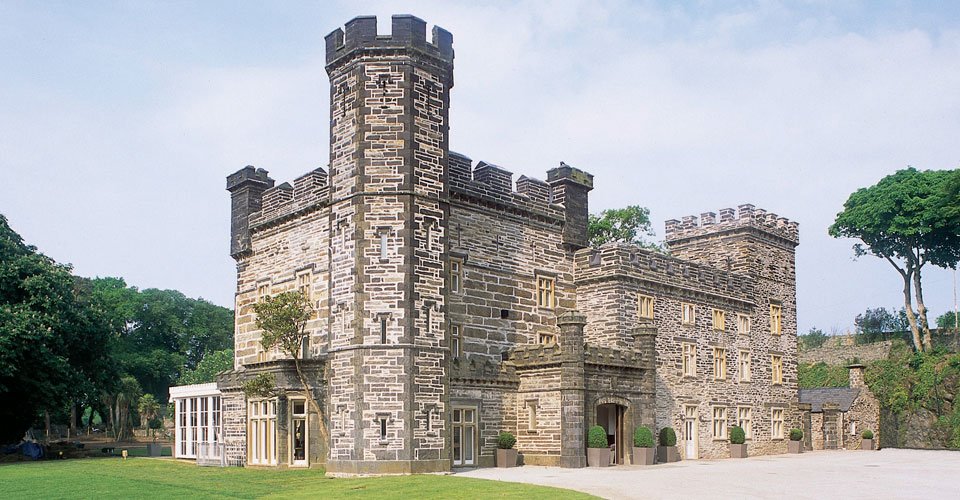 The Castell is at the entrance to Portmeirion village and is a magnificent structure of Welsh stone.

Rude awakening by an over-enthusiastic old friend, Caroline. Her greedy wants require a breakfast companion, and with her boyfriend sensibly declining (as is mine), I’ve been declared the lucky volunteer.

This place is fabulous. Fabulous. Scoffing enough toast and tea (couldn’t face the fry up) to fuel our early-morning village walk we ventured out of Le Castell’s epic gates into the great outdoors. And how great Portmeirion is outdoors. 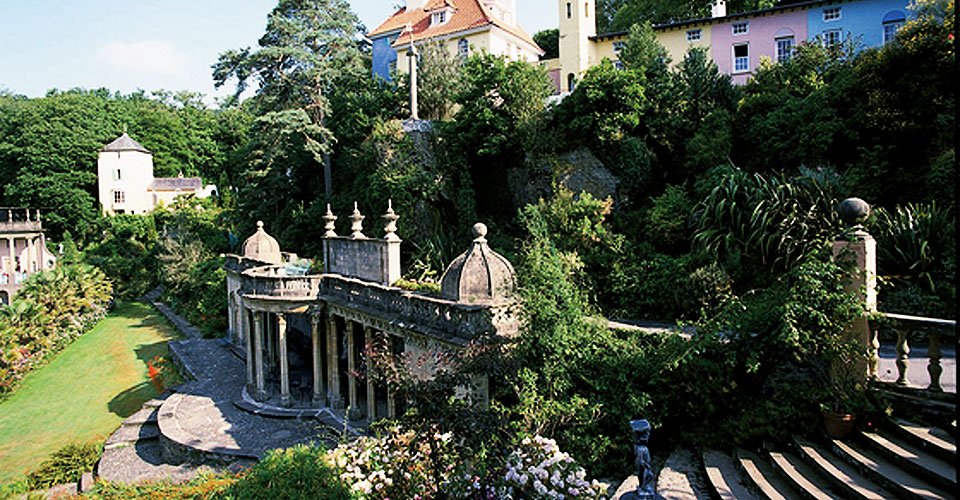 It’s a playground of pastel turrets and quaint cottages gently interrupted by the most bizarre pagan imagery. Everywhere. 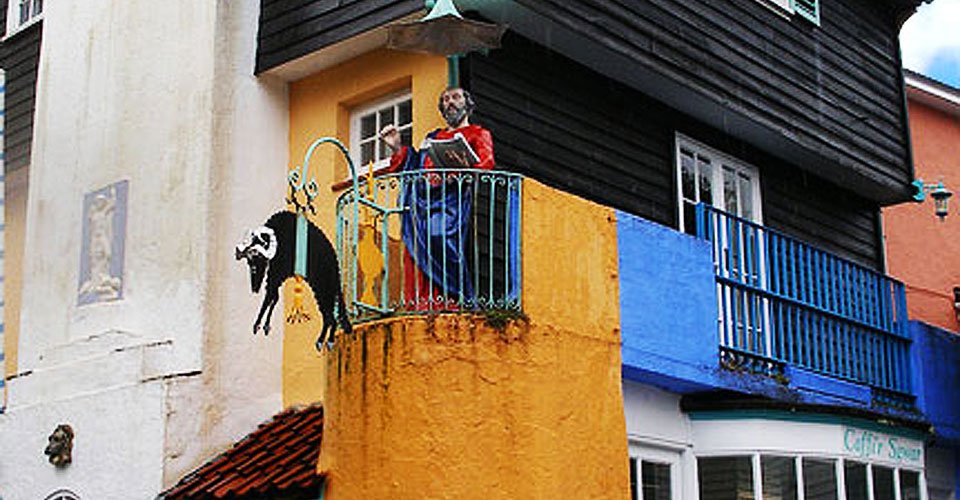 We steal around the village inconspicuously trying to re-enact scenes from the psychedelic 60s allegorical sci-fi tale – The Prisoner – which was set here, taking it all in. But before we knew it, we, like the Prisoner hadn’t escaped, and it was time to get ready for wedding vows. We’ll visit the eclectic range of shops later. 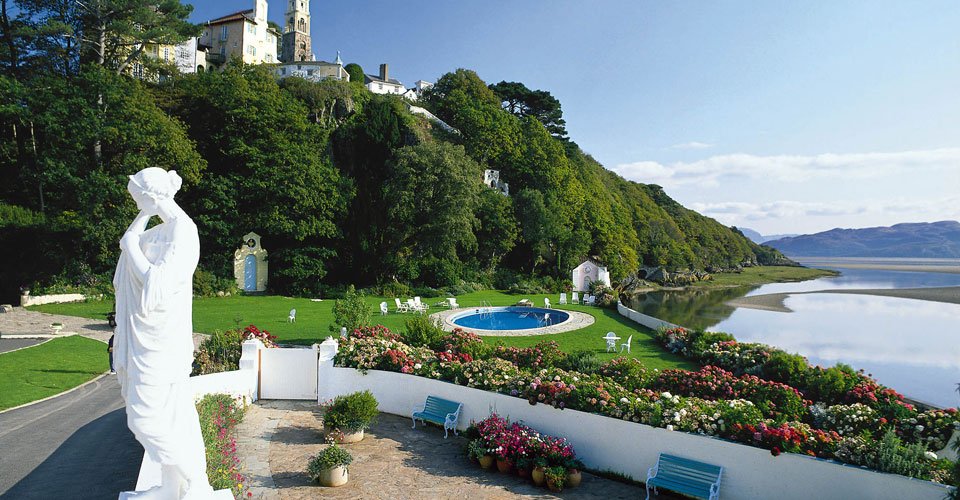 Monsieur 2 is showered, changed, and singing along to MTV. I need to get my skates on.

The wedding was in the Town Hall. I’m sure the service was very charming, but we were distracted by the reliefs on the walls around us – a mixture of snakes, cherubs, and a horse biting a man’s privates. It’s all so deliciously unexpected and quietly alarming! 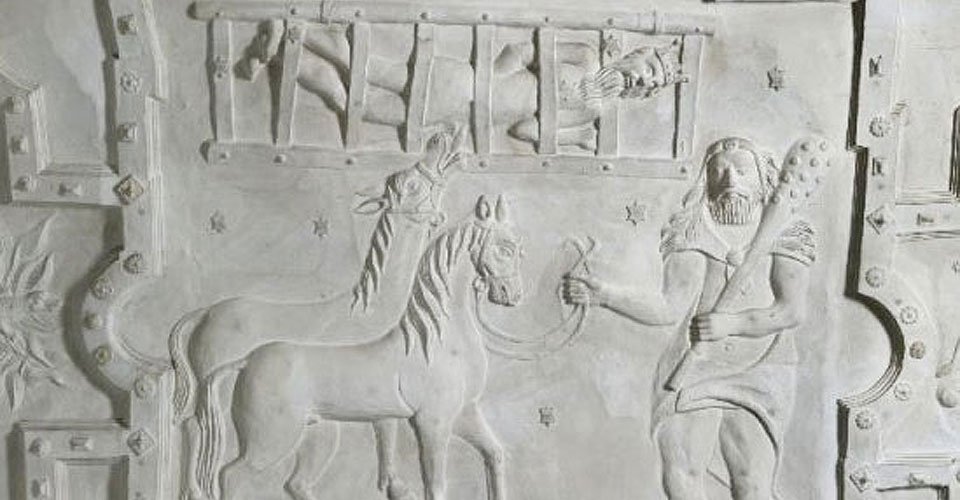 Lunch was fantastic, partly because the food was sensational – lamb roast, followed by a fresh and fruity summer tart – and partly because our table got on famously. Someone came up with the bright idea to run a book on the length of the speeches, which happily awakened everyone’s mischievous sides.

The winner, sitting next to Monsieur 2, swung her arms with such jubilant triumph her wine was sent flying into the lap of an unimpressed, though he hid it well. His napkin took the brunt of the offence, but his shirt needs a change. So, smelling like a Ian Beale’s freshly laundered catering coats, we’re ready to re-enter the party.

It was around the time that I saw Monsieur 2 performing some sort of mime that I decided we’d better head for home, but Caroline had other plans which involved us playing charades on her balcony (penthouse suite) until 5.30 this morning. 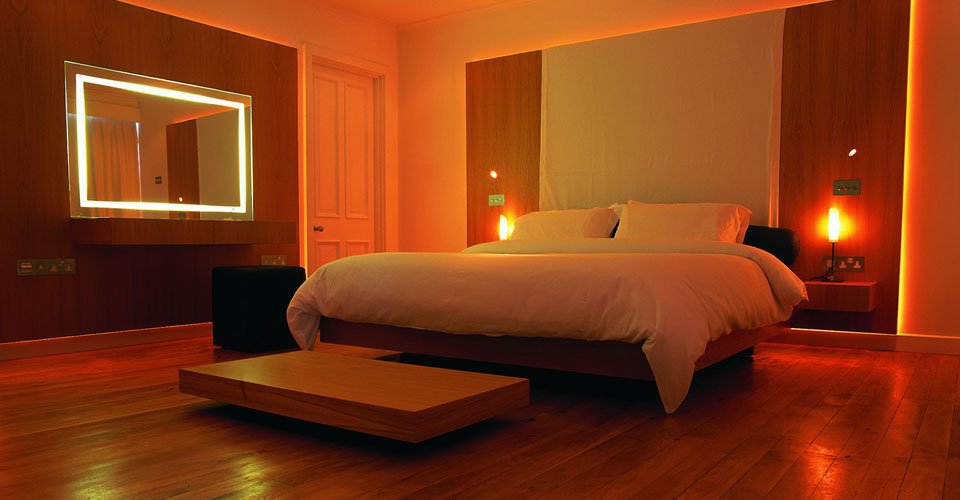 Monseiur 2 busying himself making coffee in the kitchen, whilst I supposedly do the packing. I’ve found the keys, and as sorry as I am to bid adieu to this fantastically surreal place, it’s most definitely time to head home. And I’ll be doing the driving.

Our rating: Nothing can prepare you for Portmeirion – an utterly fabulous gay friendly boutique hotel in Wales that you simply must visit. It gets a 3.5 star rating from us for its accommodation. 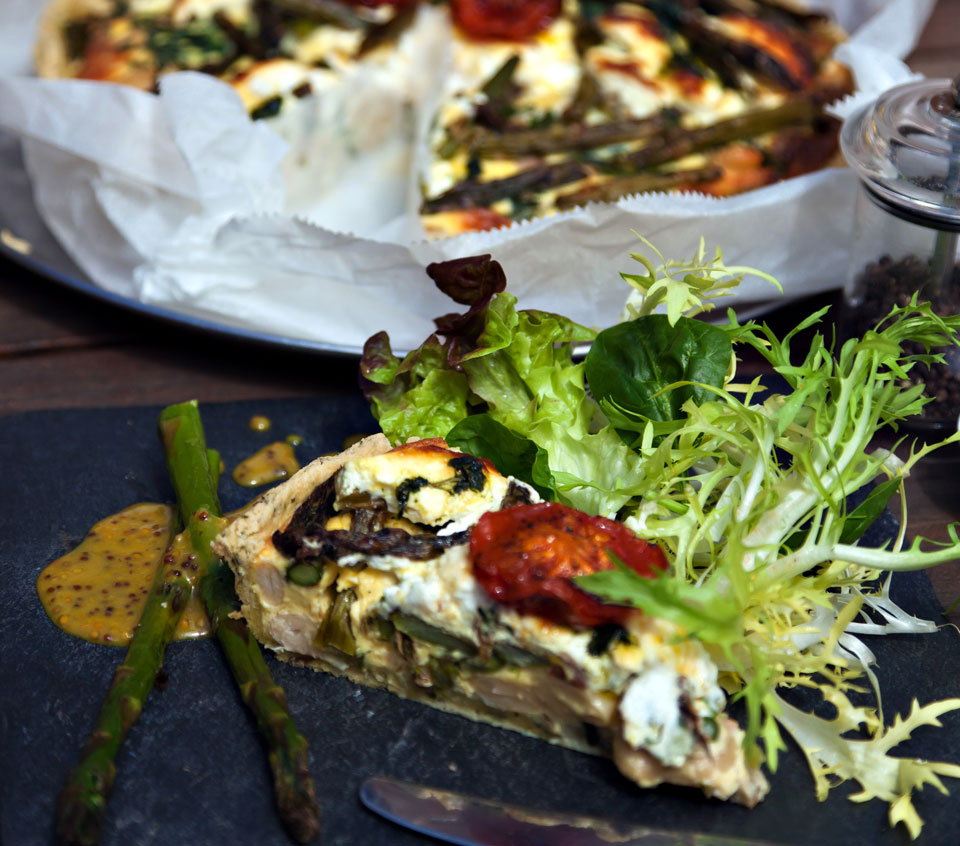 We tucked in to a fabulous wedding breakfast, and unfortunately didn’t get to try the Castell’s Bar & Grill. But we are nosey Messieurs, and asked a couple of non-wedding patrons to give their verdict. It was a resounding thumbs up with recommendations for the lobster, mussels, and the fillet steak.